The first game day of The International 10 Playoff is over. Four teams have already left the tournament, while the rest continue the race for the champion's aegis. Here is a look at the first day.

The International tournament didn't start with a live opening ceremony but with a pre-recorded video for the first time. Gabe Newell never made it to Romania, but we saw the touching way of passing the champion's aegis. And then the matches awaited us. 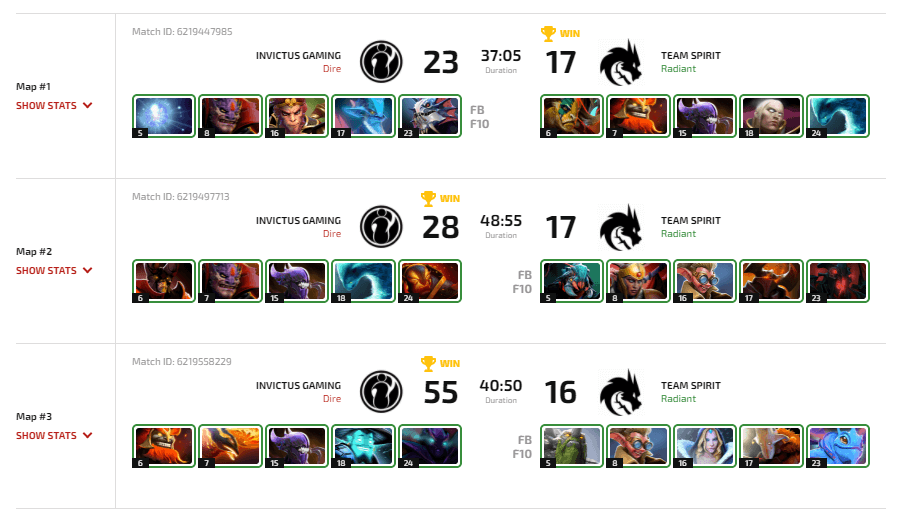 The game day started with an upper bracket match between Invictus Gaming and Team Spirit. Before the match began, the Chinese team was a clear favorite. The participants of our contest gave 78% of their votes to the Chinese team. The most frequent prediction was 2:0.

Despite the predictions, the team from the CIS could beat the Chinese team on the first map. One successful brawl led to a rush of the throne. On the second map, Team Spirit also had a high chance of winning and led until the 30th minute, but an unsuccessful move into the high ground ruined all their plans.

During the match, the teams set 2 records. First, Yotaro became the 5th player in the history of The International tournaments to make a Rampage in the playoffs. Second, Invictus Gaming player FlyFly finished the map with the score of 22/0/27. His KDA was 49, which is a record at The International.

The day continued with a European derby between Team Secret and OG. Before it started, there was no clear favorite, but a slight edge was given to OG. The participants of our contest gave them 60% of the votes.

The first map of this match was incredibly tense and lasted 40 minutes. Until the 30th minute, neither team could gain an advantage. However, from there, the OG's pick lost its power, and Secret beat the opponent. On the second map, we saw the very same Team Secret from 2020, when the Europeans were crushing all their opponents. This map was easily added to their piggy bank.

After the 2 upper bracket matches, the elimination matches began. And in the first match, Fnatic faced Undying. Before its start, the odds were in Undying's favor — 59.1% vs. 40.9%.

It's hard to say anything about the match. Fnatic outplayed their opponent on all fronts, finishing the map in just 28 minutes. However, Raven from Fnatic managed to set The International record for damage to buildings with 22,204.

The second elimination match was a clash between long-suffering Team Aster and Quincy Crew. The prediction situation was almost the same as the previous match — 60% to 40% in favor of Team Aster.

Team Aster seemed better than the opponent during the map, but they underestimated their play against Nature's Prophet. In the 37th minute, with an advantage of 20 thousand, the team entered the opponent's base but lost a fight, and at the same time, lost 2 sides to Nature's Prophet split push. After that, the Chinese team couldn't return to the game.

By the way, Raven's record for damage to buildings didn't last long. Lelis from Quincy Crew did 24,330 damage on this map and set a new record.

The penultimate match of the day was between teams from Europe and South America. And for the third time in a row, the predictions were split 60% to 40% in the elimination matches. More votes were for beastcoast.

The start of the match was disappointing for the team from South America. By the 7th minute already, their gap was approaching 5,000 and continued to grow. Despite the weak start, beastcoast managed to drag out the match until 43 minutes. At one point, they could win, but Alliance proved stronger. After the loss of beastcoast, there were no South American teams left in the tournament.

The most interesting match of the day was left for last. The fight between the 2 giants in the bottom set — Evil Geniuses vs. Elephant. Before the start of the match, users' opinions were divided 65% for Evil Geniuse and 35% for Elephant.

In fact, expectations for the match were higher than its quality. The team from North America grabbed an early lead and kept it until the end. Elephant, in turn, made too many mistakes and lost the game. 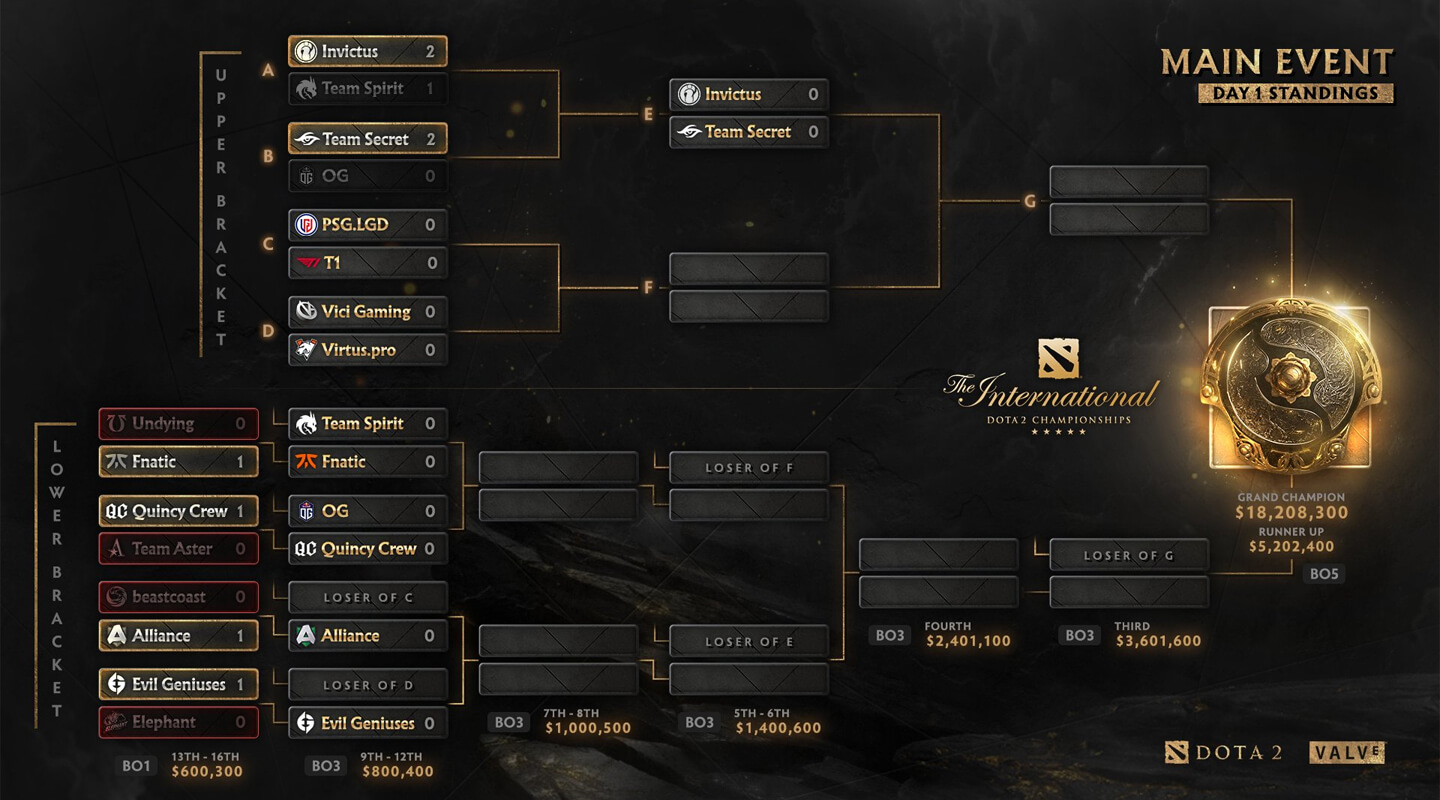 The International 10 takes place from October 7 to 17 in Bucharest, the capital of Romania. The tournament features 18 teams from different regions to compete for the prize of $40,018,195.

The debut match for Nigma Galaxy in the DPC Winter was a failure. Without their main midlaner, 🇯🇴Amer "Miracle-" Al-Barkawi, the team lost to the season's outsider Team Tickles.

Nigma Galaxy team member 🇯🇴Amer "Miracle-" Al-Barkawi will miss the first few matches of the DPC Winter: Europe and be replaced by 🇩🇪Roman "rmN-" Paley. The information has appeared on the club's social media.

Tournament organiser Epic Esports Events has announced the 6th season of Dota 2 Champions League. The tournament will run from December 6 to January 11 with a prize pool of $50,000.