Team Secret captain 🇪🇪Clement "Puppey" Ivanov holds the record for the most maps played at The Internationals. He already has 223 maps under his belt. The Esportsman has participated in all previous tournaments. 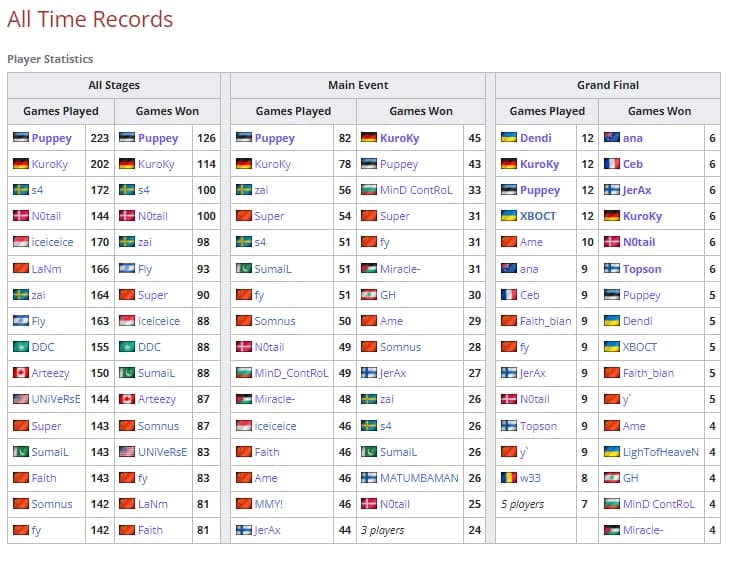 Interestingly, 🇪🇪Puppey not only played the most matches, but he also played the most in the playoffs and grand finals. The closest rival in this indicator is Nigma Galaxy captain 🇩🇪Kuro "KuroKy" Takhasomi. The player misses The International 11 for the second year in a row.

The International 11 takes place October 15-30. It features 20 strongest teams from around the world. All of them fight for the impressive prize pool, which currently stands at $12,527,781. It continues to grow by selling the Battle Pass in Dota 2 until the end of the championship.

European organization Team Secret has unveiled a new midlaner for their Dota 2 roster. 🇨🇿Miroslav "BOOM" Bičan joined the team. The club announced this on its official website.

Michał "Nisha" Jankowski has left Team Secret and become a free agent. This information came from the official site of the club.

This year's main tournament is over. It's time to count the points and form a new ranking of professional teams. The update is already on the website, so let's see who came out on top!